A celebration of diversity, humanity and circus heritage... 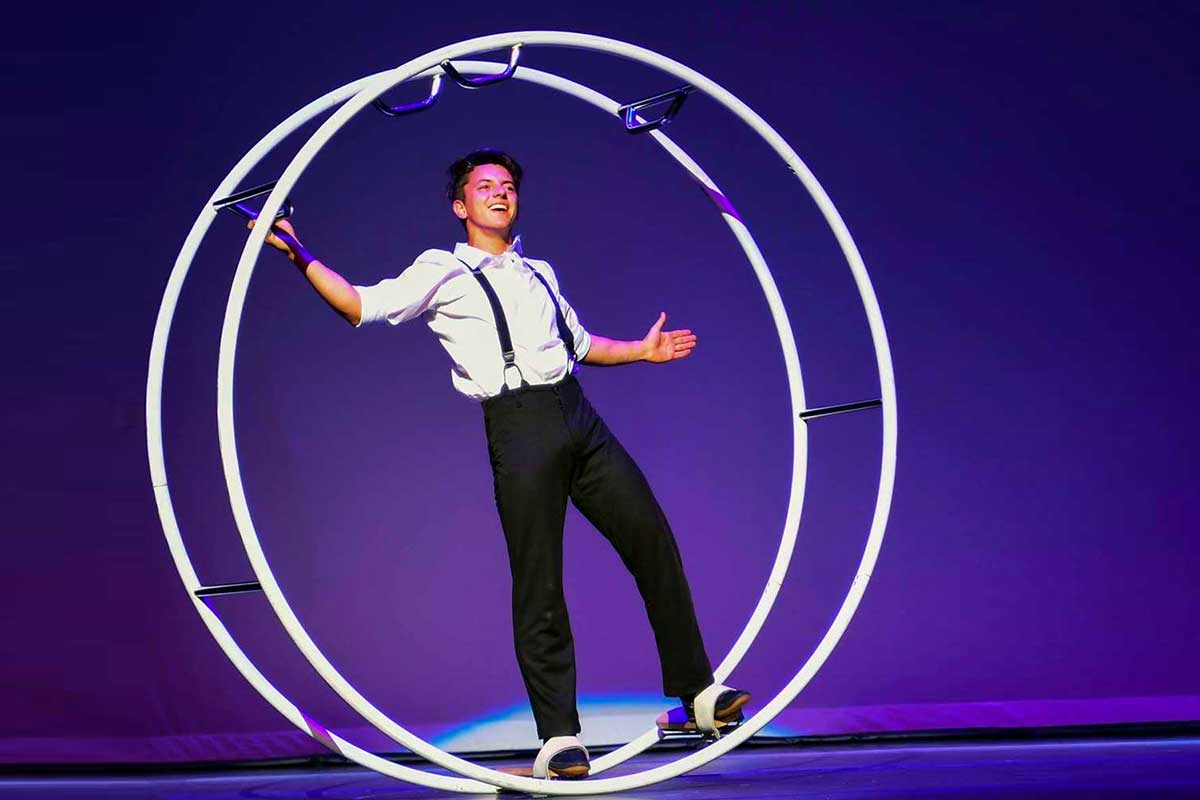 At the heart of every Lone Star Circus production is Fanny Kerwich’s simple mission: to make audiences forget their cares and concerns for a few hours and take a journey to a magical place where they are transformed by what they find there! She wishes to give them an opportunity to reconnect with the core of their being, with the true meaning of being human. Circus helps all of us to fulfill our basic human desire to be amazed and amused. Says Fanny: “Our productions are an expression of the human spirit – people overcoming their apparent limits and fears. My greatest joy is knowing that people will go home and talk about their experiences.”
As an eighth-generation performer hailing from a well-known French circus family, Fanny has performed all over the world, from the legendary Moulin Rouge in Paris to Teatro ZinZanni and Feld Entertainment’s “Barnum Kaleidoscape” in the U.S. Fanny knows the importance of creating memories, stimulating the imagination, and touching the heart – and this led her to start Lone Star Circus. For the conception of her award-winning shows, she has aligned her passion with such talents as Tony Award-winning director Jack O’Brien, Italian director Raffaele De Ritis, (Disney, Cirque du Soleil, Feld Entertainment, Dragone) and Dimitri Bogatirev, the creator of the hit show “Aga-Boom.” Under the banner of Lone Star Circus, Fanny has conceived and directed shows for the stage and the big top, and for a host of special events.

Dominique Jando began his involvement with the circus more than five decades ago in his native France, when he first stepped into a circus ring as a clown at the legendary Cirque Medrano in Paris. In 1974, as General Secretary of the Paris Cultural Center, he participated with Alexis Gruss in the creation of Europe’s first professional circus school, and of “Le Cirque à l’Ancienne,” which is considered the catalyst of the European “New Circus” movement. He came to New York in 1983 to join the Big Apple Circus and served as its Associate Artistic Director for twenty years. In 2007, he created Circopedia.org, a very successful online international circus encyclopedia.

A circus and popular entertainment historian, Dominique has published several books on these subjects, both in Europe and the U.S. He is the International Circus Consultant for Guinness World Records, Ltd., and a founding member of the Festival Mondial du Cirque de Demain, one of the world’s most important international circus competitions, which has been held each winter in Paris since 1977. He has been a judge at international circus festivals in Europe, Mexico, Israel, and Russia, and he is the recipient of the 2015 “Elevate Circus” Award.

Raffaele De Ritis is an Italian writer, circus historian, and an international circus and stage director. He has written and directed for leading entertainment companies such as Disney, Cirque du Soleil, Dragone, Feld Entertainment, Big Apple Circus, as well as for shows all over Europe. He is the founder and producer of the very popular “new circus” festival “Funambolika,” held annually in Pescara, Italy, and was a founding member and the director of the International Circus Festival of Verona. Raffaele has also consulted for hundreds of TV specials in Italy. Said The New York Times: “Raffaele De Ritis, [is] at the leading edge of a new wave of European circus directors.”

Jeffrey graduated from Southern Methodist University in 2013 with a degree in Theater Studies. A writer, director, production manager, fight director, Jeffrey is co-founder of Prism Movement Theater. He has been working in the DFW area for the last eight years for companies such as Cara Mía Theatre Co., Theater Three, Teatro Dallas, and the Dallas Theater Center, and of course, Lone Star Circus.

Regina is fifth generation of France’s premier circus dynasty, the Bougliones, owners of Paris’s legendary Cirque d’Hiver - the world’s oldest and most beautiful circus building, which was built in 1852 and is still active to this day. A very versatile, beautiful and talented artist, Regina has presented (and still does) a wide variety of acts during her brilliant career, both in her family’s circuses and abroad. (In the United States, she was featured in the Feld Entertainment’s production of “Barnum’s Kaleidoscape”.) She is also the creator of the magnificent costumes that grace every year the Cirque d’Hiver productions, a remarkable talent that she brings today to Lone Star Circus.

A native of Oak Cliff, Ryan Matthieu Smith is a director, designer, producer, choreographer and performer working in film, theater, drag, and circus. He is the production and costume designer for the Hurricane Bianca films starring Bianca Del Rio, Rachel Dratch, Alan Cumming, Cheyenne Jackson, and RuPaul. Ryan most recently performed on the Shakespeare Dallas stage in last summer's “Complete Works.” Ryan serves on the Diversity and Inclusion Board for Shakespeare Dallas and NTPA Repertory Theatre. As an Indigenous Two-Spirit artist, Ryan is very excited to bring his passion home to Texas where he believes visibility and representation are vitally important.

John De Los Santos has been called a “brilliant combination of literary insight and choreographic creativity.” He has staged a a wide range of operas, musicals, plays, concerts, and ballet. His productions include the world premiere of “The Astronaut Love Show” at The Kraine Theater in New York City, “The Rose and the Knife,” “Otello,” and “Le Comte Ory” (called “a perfect fusion” by The New York Times) for LoftOpera, also in New York City. Other productions include “La Cage Aux Folles” for Skylight Music Theatre, “La Fille du Regiment” for Arizona Opera, “South Pacific” for Ashlawn Opera, “María de Buenos Aires” for San Diego and Fort Worth Operas and Lexington Philharmonic, and “Green Sneakers” for Opera Birmingham and the Southside Theatre in San Francisco. He has also choreographed the world premiere of Jake Heggie and Terrence McNally’s “Great Scott,” directed by Jack O’Brien, for the Dallas Opera – among many other productions. He was awarded the DFW Critics Forum Award for Best Choreography for the regional premiere of “Altar Boyz” at the Dallas-based theatre company Upton Players.

From 2003 to 2010, John served as resident choreographer for the Fort Worth Opera. He made his directing debut there with “Carmen,” followed by “The Mikado” and “The Pearl Fishers.” In 2010 he made his choreographic debut for the Dallas Opera with “Don Giovanni.” John has served on the directing faculty of the Seagle Music Colony in Schroon Lake, NY, and has coached young artists with the Washington National, Arizona, Fort Worth, and Des Moines Metro Opera Companies.

Born in Paris, Odette Bouglione is the daughter of Émilien Bouglione, patriarch of the Bouglione family – France’s most celebrated circus family. She spent her childhood between the family’s big top and the Cirque d'Hiver, Paris’s legendary circus building (built in 1852), which belongs to the Bougliones and is still active today. Since the age of 16, Odette has presented a variety of circus acts in major circuses and cabarets. In 1992, she joined “Florilegio” the very successful theatrical circus of the Togni family in Italy, with which she toured the world and of which she became the co-director. In 2006, after twenty years on the road, she returned home to the Cirque d'Hiver with her two children Valentino and Alessandro Togni-Bouglione. Odette Bouglione assists her brothers and sister, Joseph, Louis-Sampion and Régina, in the creation of the Cirque d’Hiver’s production, and is especially active in the management of the family’s enterprise: In June 2021, Odette was appointed President of Cirque d'Hiver-Bouglione, the family business. She is nonetheless still very much involved in the artistic side and administrative sides of the Bouglione productions’ creative process. 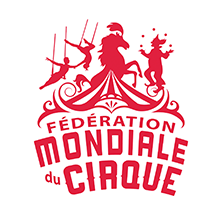 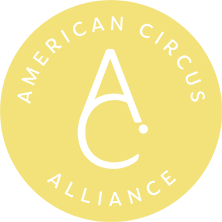